Release: 2016
Genre: Adventure / Action / First person
Developer: Infinity ward
Publisher: Activision
Game Version: v 6.51233116 - Digital Deluxe Edition
System Requirements:
OS: 7, 8, 10 (64-bit)
Processor: Intel Core i3-3225 3.30 GHz
Graphics: NVIDIA GeForce GTX 660 / AMD Radeon HD 7850
Memory: 8 Gb
Storage: 65 Gb
+33
To favorites
Complaint
Call of Duty: Infinite Warfare offers gamers an unparalleled experience regarding this series of action shooters. Modern conflicts and wars of the past have moved aside, they have been replaced by a new theater of military operations in an alternative future, where the hero, dressed in an exoskeleton, knows how to run on vertical surfaces and is not afraid of outer space.

According to the local narrative, the main character is a certain Captain Reis, who, from the rank of an ordinary pilot, was able to rise to the rank of commander. He has a space combat ship and a crew of elite fighters at his disposal. He and his team managed to survive after the last battle, and now Reis, together with brothers in arms, will have to confront the merciless enemy in order to protect the Earth and save all of humanity..

Call of Duty: Infinite Warfare brings many new gameplay elements and a bunch of different weapons to the familiar to all rail "Kolda" setting, corresponding to the sci-fi setting. With the introduction of an exoskeleton into the game, which organically fits into the general atmosphere, new gameplay mechanics were added, which positively affect the dynamics and speed. Now, for continuous movement, it is necessary to correctly use inertia, make double jumps, push off walls and much more.

In addition to the nanosuit, among the features of the game is the Jackal fighter, at the helm of which Mr. Reis will spend almost half of the time allotted for the storyline campaign. Spaceship controls are simple and intuitive. The bird can move in all directions, shoot from three onboard guns, differing in the caliber of the projectile, and when approaching enemy missiles, release the so-called trompe l'oeil.
Gameplay Trailer:
Screenshots: 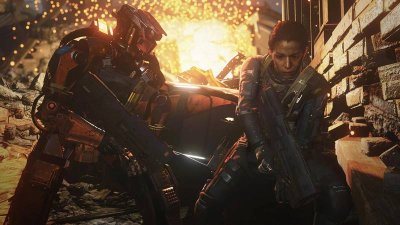 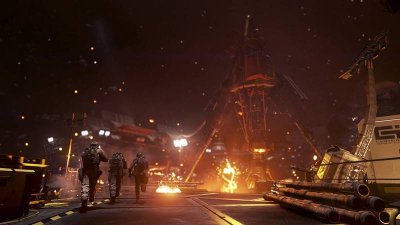 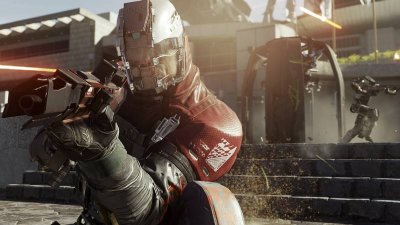