Release: 2022
Genre: RPG / Adventure / Indie / 2D Games / Pixel graphics / Anime / Strategy
Developer: TRAGsoft
Publisher: Freedom Games
Game Version: v 0.5.3 | Early access
System Requirements:
OS: 7, 8, 10
Processor: 1 Ghz
Graphics: OpenGL 2.1
Memory: 1 Gb
Storage: 1 Gb
00
To favorites
Complaint
Coromon - an indie role-playing adventure about taming animals for their further fights with each other, like Pokémon. This project uses rare pixelated visuals as a tribute to the gaming industry of the last century. The camera is tilted to create an isometric view of the world around you, which is much more viewed in this position. The single-player campaign of this game will take the gamer more than one day, and a thorough study will require even more free time. There is support for gamepads of any manufacturer.

The storyline takes place in the Velua Kingdom, located in a fictional universe. The unnamed protagonist joins the ranks of Lux Solis, a technologically advanced organization for traveling the world in order to gather his powerful army of Koromon. The pumping system allows you to improve the skills of both the protagonist and his squad of animals of different types (fire, water, air, and so on) and appearances (huge earthworms, turtles, polar bears, birds with 4 wings and many other variations). In total, there are 120 of them, which creates scope for creating various combinations. Your own army is replenished as you move through the territories by capturing them and establishing friendly relations.

The combat system has a turn-based system, and does not require the player to move the Koromonov around the battlefield, but only to choose an action: attack one of the enemies, apply a damaging spell, apply a buff or defend. In addition to battles with animals of other tamers or species, there are boss fights, of which there will be at least 6 pieces. In addition to battles, the player will have to show their mind and solve puzzles to open the way further.
Gameplay Trailer:
Screenshots: 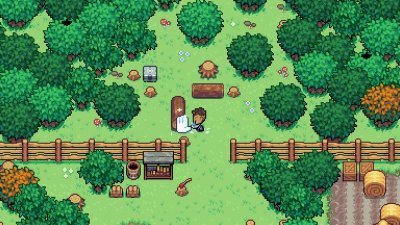 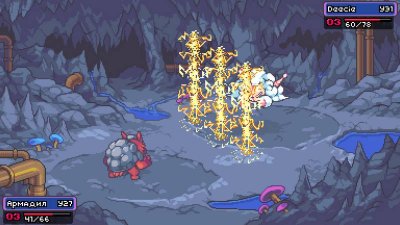 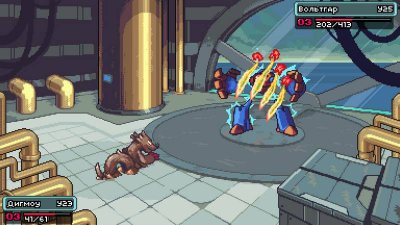