Release: 2012
Genre: Multiplayer / Casual
Developer: Targem Games
Publisher: Topware Interactive ACE
Game Version: Full Last Release
System Requirements:
OS: XP (SP3) / Vista / Seven
Processor: Intel Pentium 4 2.5 GHz, AMD Athlon 64 2500+
Graphics: Nvidia Geforce 6600 or Radeon X1300
Memory: 1 Gb
Storage: 1 Gb
00
To favorites
Complaint
In a chess-based strategy Battle vs Chess you have to play the role of the Commander and collect your own army. The board game is embodied in the modern multimedia world. Here you will find animated fantasy figures, fabulous planets and various troops waiting for orders. As commander-in-chief, you have to perform well-thought-out maneuvers on the battlefield and besiege the enemy with devastating attacks in 1v1 modes.

The gameplay is based on a simple and original concept of combining professional chess software and a more fun action game, diluted with animations and unique special effects. The battlefield can be set in 1 of 6 fictional areas, each with its own landscape and style. Figures are now in the form of chimeras, stone golems, knights, sorcerers and magicians, and each has its own face.

The main features of chess in a fictional universe:
- Campaign with over 25 missions with a variety of main and side quests.
- Multiple army sets created and cool locations bring a new visual challenge.
- The ability to play matches on a local network, via the Internet or on one monitor.
- Artificial intelligence has 10 difficulty levels designed for players of all types.
- Modern engine providing 3D graphics and colorful special effects.
- Story Mode is filled with engaging, good quality animations that draw into the story.
- Interactive third and first person views.
Gameplay Trailer:
Screenshots: 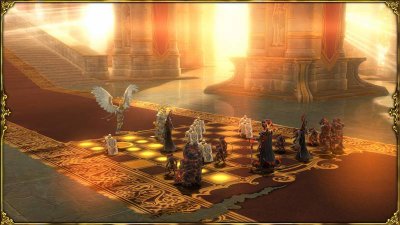 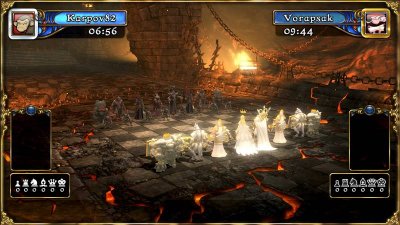 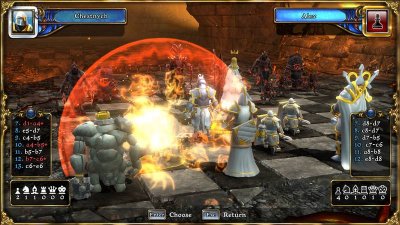