Release: 2004
Genre: Classic / Action / Shooter
Developer: 2015
Publisher: THQ Nordic
Game Version: v 1.3
System Requirements:
OS: 7, 8, 10
Processor: Intel Pentium III 1.6 GHz, AMD Athlon XP 1600+
Graphics: Nvidia Geforce 6600 or Radeon X1300
Memory: 1 Gb
Storage: 3.6 Gb
00
To favorites
Complaint
Men of valor Is a first-person shooter set in Vietnam in 1965. The main character is Dean Shepard, who has no experience in warfare. He only received training at a camp on Parris Island. Together with his squad, he will have to fight the HBA and the Viet Cong. The events were made based on the real war, and the game actions will be placed in historical battle places, for example, in Khe San.

Real Vietnam War. Dean will need to go through ambushes and surprise attacks, fight in the jungle and fight in the city streets. Each battle is chaos and complete confusion, due to constant audio screams and conversations of characters, frequent explosions and shots. The campaign has 13 operations set in 4 authentic locations. Gamers will be faced with the sophisticated environment and believable weapons of the time.

The gameplay has 2 main modes. Online battles can accommodate up to 24 participants in one location. Users can share on teams, or fight every man for himself. The campaign has progressive events, access to new weapons and opportunities.

As you progress through Dean Shepard will face such minor characters: Jamie Shepard, William Gregory, Dan Shunauer, Lawrence Styles and others. Each hero is assigned a specific mission in the Duty-Single-Player mode. Here you can take part in the battles for the height, the battles for Hue and the siege of Khesani. We also have to deal with the incident with the burning of villages..
Gameplay Trailer:
Screenshots: 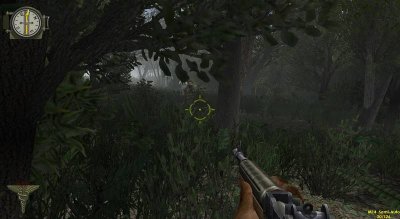 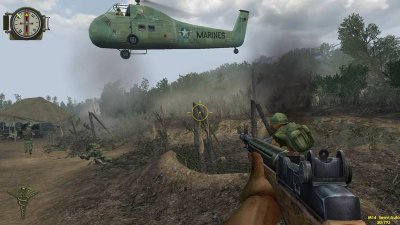 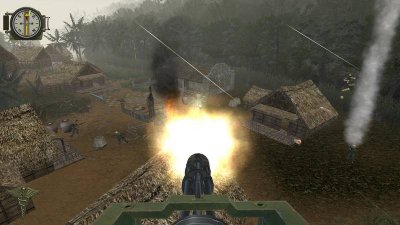