Release: 2016
Genre: Adventure / Indie / Puzzle / Action / Open world / Survival / Funny / First person / Horror / Strategy
Developer: Room710Games
Publisher: Room710Games
Game Version: v 1.05
System Requirements:
OS: 7, 8, 10
Processor: 2.4 Ghz Dual Core
Graphics: NVIDIA GeForce 8800 / AMD Radeon HD 4850
Memory: 2 Gb
Storage: 1.3 Gb
+11
To favorites
Complaint
Survive in Half dead, where the main character received a verdict from the Supreme Court of the Colony r-9174 that his actions were extremely illegal. The character is now able to choose one of two punishments. In the first, he can die from any death penalty. The second proposal is to take part in the Half Dead show, which also guarantees death. Nevertheless, the participants in this event are able to stay alive, which contributes to the release from all crimes committed..

After the main character chooses to participate in the TV show, he will move to a huge complex containing hundreds of dangerous rooms. Most locations have unique traps and objects that can destroy a living creature in the blink of an eye. Some levels are safe, but you will need to solve puzzles or find a way to another room..

In total, there are 2 modes of passage: multiplayer and single. In online survival, gamers are able to help each other, which makes the survival process a little easier. In addition to the fact that there is a chance to survive and escape responsibility for the crimes, the hero will help his colony. Gradually, the money earned will be spent on strengthening democracy and suppressing riots.

On the way, criminals will encounter many different traps. These will include lasers, fire-breathing statues, ice spikes falling from the ceiling, killing dust, and more. Some mechanisms can be disabled by finding certain switches or by destroying wires. Each room has its own style, corresponding to the types of traps.
Gameplay Trailer:
Screenshots: 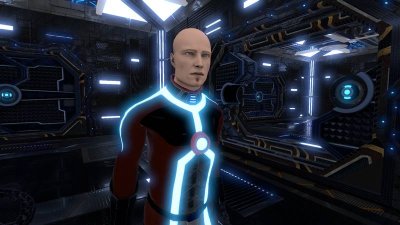 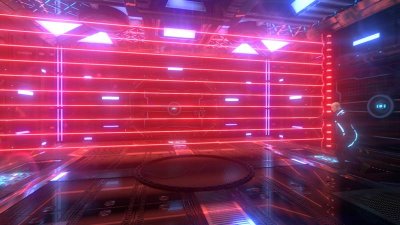 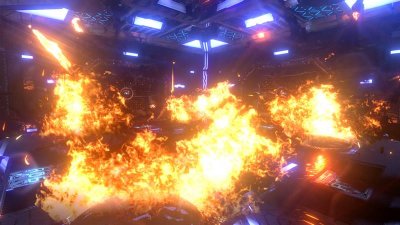