Release: 2022
Genre: Fantasy / Strategy / Top View / Games for weak pc
Developer: Tiny Forge Gaming
Publisher: Tiny Forge Gaming
Game Version: v 1.0 [New Version]
System Requirements:
OS: Windows 7, 8, 10, 11 (64 bit)
Processor: Dual Core 2.0 GHz
Graphics: GTX 660
Memory: 4 Gb
Storage: 2.5 Gb
00
To favorites
Complaint
Tiny Tactics is a mix of Tower Defense and Auto Chess. From the first genre the project took the main gameplay, and from the second - the system of pumping and buying units. The role of towers here are played by various fighters - swordsmen, snipers and so on. In all, 121 units are available in the Indi game. They differ in appearance, special skills, parameters (radius and speed of attack, damage dealt) and classes, of which there are 28. You can improve them by combining duplicates. For example, to pump a warrior to level 2, you have to combine two of the same level 1 soldiers, and so on. creatures must be bought in the store, and the assortment there is always random. You can change it randomly for money. Currency is given as a reward for killing creeps. There are 19 types of enemies.

Local setting mixes fantasy and post-apocalypse. Tiny Tactics takes place in a world where the sun went out. Remaining star energy concentrated in crystals. Monsters are eager to get their hands on them to become even stronger. These objects are also needed by faction-divided people to survive. They began to protect the crystals from the monsters. There is a story campaign with 74 missions. It lets you move around the world map between quests. As you progress through it, improvements, talents, and enhancements are unlocked. There's also a challenge mode. Indi-project stands out for its graphics. It has an isometric view, and the maps are divided into cells. The soldiers are stylized like figurines for board games. They are allowed to move freely at times when the enemies are not attacking.
Gameplay Trailer:
Screenshots: 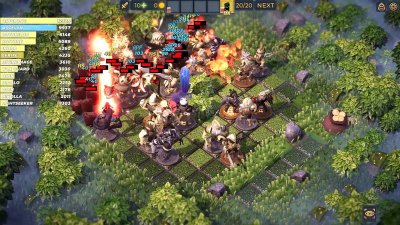 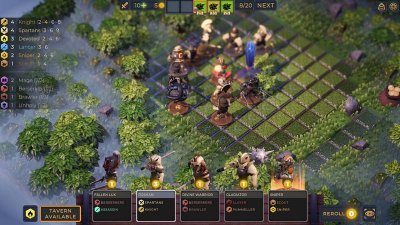 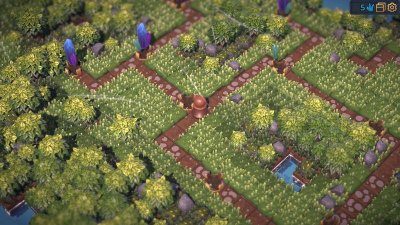