Release: 2022
Genre: RPG / Adventure / Action / Casual / Gamepad games / Survival / Fantasy / Funny / Humor / Strategy / Games for weak pc / Family
Developer: Barrel Smash Studios
Publisher: Barrel Smash Studios
Game Version: v 1.0 [New Version]
System Requirements:
OS: Windows 7, 8, 10 (64 bit)
Processor: Intel i3-540
Graphics: Nvidia GTX 560
Memory: 4 Gb
Storage: 2.6 Gb
00
To favorites
Complaint
Gamers in Riftbound will immerse themselves in a dark fantasy world where they must engage in battles against monsters. Gameplay is in the form of turn-based Strategy, where you need to act thoughtfully on behalf of defenders who use weapons and magical spells. Users will be able to explore 5 schools of magic, allowing them to combine different skills and work out their own tactics to defeat the enemy. Opponents will be the skeletons that have risen and now yearn to destroy the kingdom.

Adventure in Riftbound allow users:
- Experience over 40 different skills and spells that allow you to create unique combinations and deal increased damage to your opponent or put a debuff on him.
- Apply sorcery that can slow, interrupt, stun, block, or push opponents away from heroes.
- Assemble a squad of defenders that will confront crowds of oncoming monsters, using tactical charms.
- Summon elementals, as well as develop and upgrade your own fighters while completing levels.
- Complete about 50 missions to protect the fantasy lands and learn the storyline.
- Apply buffs to allies, boosting their attack or defense characteristics.
- Use different elements to deal damage by freezing, blowing up, or shooting electric charges at enemies.
Gameplay Trailer:
Screenshots: 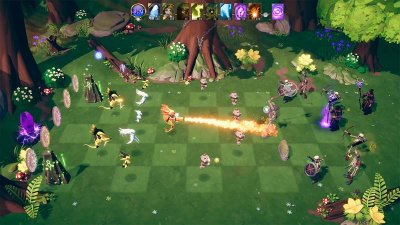 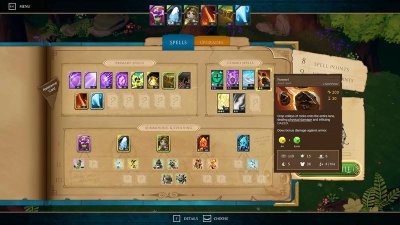 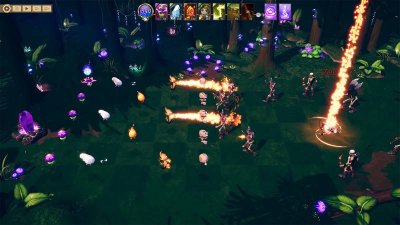