Release: 2022
Genre: 2D Games / Action / Gamepad games / Pixel graphics / Platformer / Games for weak pc
Developer: Flying Islands Team
Publisher: Flying Islands Team
Game Version: v 1.0
System Requirements:
OS: Windows XP, 7, 8, 10
Processor: 1.0 GHz
Graphics: 128 Mb
Memory: 1 Gb
Storage: 170 Mb
00
To favorites
Complaint
In Limb Hunter, gamers will immerse themselves in the setting of the distant future, where they must take control of an old robot. Users will have to move through a technological world, facing dangerous enemies. You can level up the hero by upgrading his weapons and hull parts to increase his defensive features. The project is a two-dimensional platformer with a side view, where you have to overcome a variety of obstacles.

Users in Limb Hunter will have to roam the locations, collecting useful parts and components for the character. You will have to master the various combat skills that came to the droid thanks to the crystal that was built into his matrix. In the process of passing, users will change the skills of the hero, adjusting the build to the desired style of play. Out to apply blueprints scattered around the map for pumping to fully upgrade the hull.

You will have to assemble the body of the droid yourself, where there is an opportunity to pick up the parts torn from the enemies to upgrade. Gamers will be engaged in exploration of the dying world in which to survive, picking up the necessary loot for pumping. Players will make their way through corridor-like locations where they must evade deadly traps, destroy enemies, and conquer terrain obstacles on their way, jumping over pits and other objects.
Gameplay Trailer:
Screenshots: 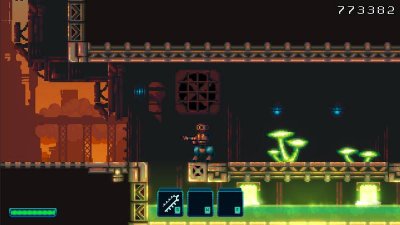 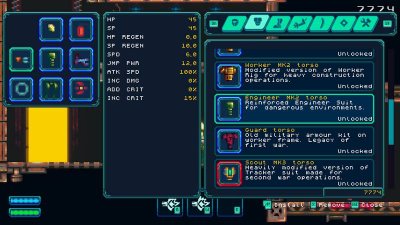 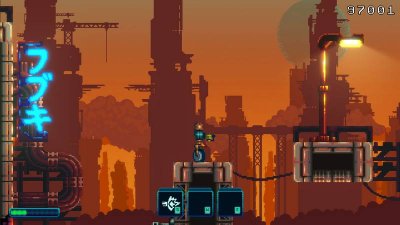