Release: 2011
Genre: Multiplayer / Simulators / Strategy
Developer: Ageod
Publisher: Slitherine Ltd.
Game Version: v 1.01
System Requirements:
OS: 7, 8, 10
Processor: Intel Pentium 4 1,8 GHz, AMD Athlon XP 1800+
Graphics: GeForce 6600 GT or Radeon 1300 XT
Memory: 2 Gb
Storage: 3 Gb
00
To favorites
Complaint
Pride of Nations - turn-based strategy, where the gamer is entrusted with the role of the supreme leader of the whole country, with the aim of expanding borders through colonization and wars with neighboring states, as well as for industrialization in their power, because the time period for the start of the game is the 19th century. Each of the 8 factions starts with real borders in 1850, after which its leaders must make their territories the most influential in the world.

In total, Pride of the Nation uses 8 real countries that were at the peak of their power and were formidable forces in the 19th century: the United States of America, Great Britain, France, Japan, Italy, Austria-Hungary, Russia and Germany. Thanks to developed economic and diplomatic mechanics, each party should be focused on them, and only competent leadership in all aspects of the life of a state with many enemies can lead to a common victory in the race of countries for world domination. Confronting other leaders will also be aided by the ability to recruit a massive army that instills fear in all who try to attack or defend..

There is the possibility of a single-player game, where most of the settings are given to the choice of the gamer, including the number of opponents, the complexity of artificial intelligence and much more. The duration of one game, which includes 70 years from 1850, will take about 1600 moves, but it may end earlier, with the victory of one of the parties. Multiplayer battles support 8 people on one server, this is done for large-scale clashes and the use of each country.
Gameplay Trailer:
Screenshots: 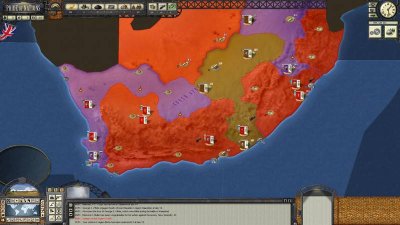 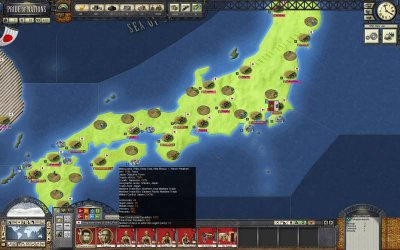 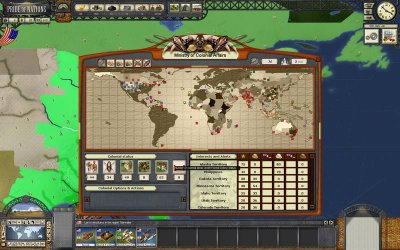