Antagonists encountered in the Freedom Force vs. the Third Reich plot:
- Red October - Soviet witch, masterfully owns magic and knows how to create illusions.
- Blitzkrieg - a mentalist, a member of the Nazi party, outwardly very similar to Hitler.
- Fortissimo is an Italian who uses his operatic voice as a weapon.
- Entropy is a former superhero who is under the influence of the forces of chaos, which makes her mad and angry.
- Red Sun is an officer of the Japanese army, skillfully handling katana and shuriken. He knows how to create his own projections, which are completely equal to each other, that is, you cannot kill one real one for the death of the rest.

The plot starts right after a temporary paradox caused by Blitzkrieg, one of the antagonists. The protagonists learn about this when Nuclear Winter stole Cuban warheads to develop the conflict between the United States of America and the Soviet Union. He was stopped in time by the superheroes who intervened, and upon returning from the mission, it was discovered that Nazi Germany and its allies had won the Second World War, extending their influence to almost the entire world. With the forces of the fascists and it is necessary to fight the company of protagonists to save all of humanity. The following heroes will act on the good side: Gravestone, Green Djinnia, Tricolor, King of Heaven, Blackjack and many others.
Gameplay Trailer:
Screenshots: 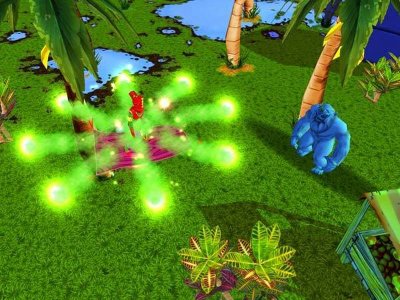 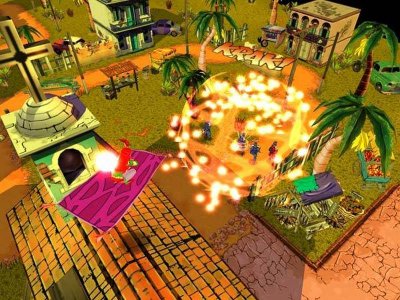