Release: 2016
Genre: Adventure / Indie / VR / Survival / First person / Horror / Simulators
Developer: THREE ONE ZERO
Publisher: 505 Games
Game Version: v 1.2.9.20854
System Requirements:
OS: 7, 8, 10 (64-bit)
Processor: Intel Core 2 Quad CPU Q9550 @ 2.83 GHz
Graphics: NVIDIA GTX 650 2GB or AMD HD7770 2GB
Memory: 8 Gb
Storage: 7 Gb
00
To favorites
Complaint
ADR1FT - survival in outer space. The main character Alex Oshima woke up outside the ship with a punctured spacesuit and loss of memory. Soon, the astronaut manages to reach a rescue module in need of repair. All the other crew members have died, so Alex begins to explore the 4 wings of the space base. On the way, she finds the diaries of the victims and learns the details of the disaster..

To maintain life, you need to constantly pick up gallons of oxygen. Air acts more as energy and is spent not only on breathing, but also on movement. In addition, accidental electric shock or wall collision may occur. The character can hover in any direction and accelerate to get to the desired point. Suit boosters also consume oxygen. Later, the spacesuit will receive improvements, so that the heroine will be able to move away from the ship for longer distances. The main goal of any movement is to get to the wreckage of ships in order to find resources.

The game is played in an atmosphere of despair and hopelessness. Around the black vacuum, space debris and the corpses of the crew. However, the general gloomy mood gives way to the opening view of the Earth. The planet lives its own life - there is a change of day and night, the lights of the metropolis are lit. Since the Earth rotates on its axis, you can see that the map below changes over time, and other continents appear there. Another of the local entertainment is music that sounds from found audio carriers.
Gameplay Trailer:
Screenshots: 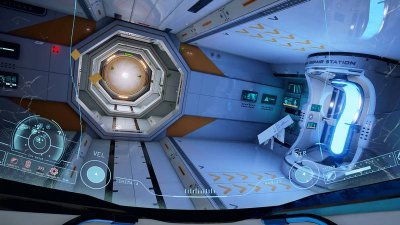 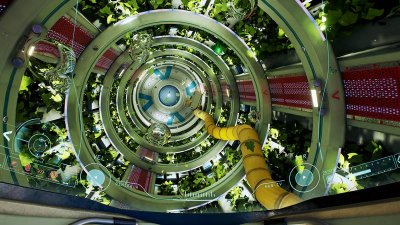 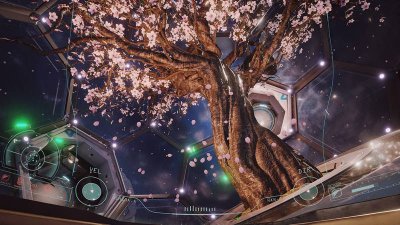