Release: 2017
Genre: RPG / Strategy
Developer: Point blank games
Publisher: EuroVideo Medien
Game Version: Full Last Release
System Requirements:
OS: 7, 8, 10
Processor: Q9650 / AMD Phenom II X4 940
Graphics: GTX660 / Radeon 7870 / 2GB
Memory: 8 Gb
Storage: 13 Gb
00
To favorites
Complaint
Shock Tactics Is a turn-based strategy game set in a sci-fi setting. Here you can fight alien life forms, study the terrain, manage combat squads and build bases. The game has no multiplayer and is designed for only 1 user. The gamer takes command of a group of Free Space Explorers. Astronauts first landed on the planet Hephaestus and want to capture the technology of highly advanced aliens. The ill-wishers are not only the locals, but also the pirates and the troops of the Consortium. To confront enemies, it is necessary to build outposts and carry out excavations in search of valuable materials.

Gameplay features:
- Create a team of 6 characters of different classes - from destroyer to stormtrooper.
- Fight against advanced AI, which also owns tactical techniques. You need to unravel the strategy of the enemy and inflict an effective retaliatory strike before your army is razed to the ground. Attack first to catch victims off guard.
- Use shelters for protection and build bases. On the territory there is an infirmary, an armory and a power station, which increase the strength of the heroes.
- Collect alien artifacts to use to upgrade your outpost, weapons and armor. With the help of powerful weapons, soldiers are also trained and their skills are developed..
- Calculate your every move. To control fighters you need action points - a limited resource.
- Check out the random map generation. Locations and missions are created randomly, so dozens of possible layouts await you..
- Defeat enemies in 3 areas of Hephaestus and take possession of their artifacts.
- Explore the map and discover its secrets.
Gameplay Trailer:
Screenshots: 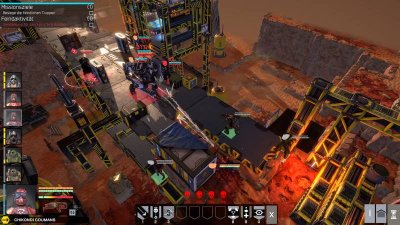 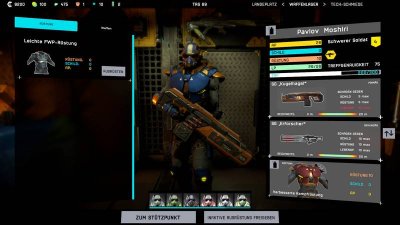 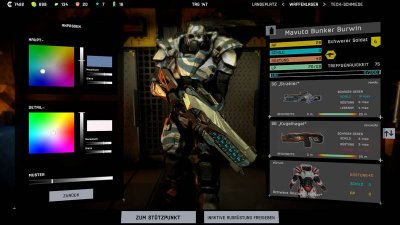