Release: 2001
Genre: RPG / Slasher
Developer: Blizzard North
Publisher: Blizzard Entertainment
Game Version: v 1.14d
System Requirements:
OS: Windows 98, Windows XP (SP3), Windows Vista (SP2), Windows 7
Processor: P2 500 MHz
Graphics: 32 Mb 3D Card
Memory: 128 Mb
Storage: 2 Gb
00
To favorites
Complaint
Diablo 2: Lord of Destruction Is a major addition to the legendary video game of the same name, in the genre of action-RPG with elements of Hack and slash. The plot continues the events of the previous parts, and presents many new details and innovations. And the management also takes place from the Hero, who follows the creation of horror in the person of Baal, who seized the Stone of Peace in order to bring chaos to a measured peaceful life. Go through an exciting path as a brave warrior and complete all the trials that befell the warrior.

For the first time in the series, special character classes have appeared - the Assassin and the Druid, each with its own distinctive set of abilities. Also, a previously unseen city appeared in the possession of the Barbarian, where new quests, NPCs, and their own unique random events are available. In addition, explore a variety of locations to get new items of equipment, weapons, as well as magical talismans, jewels, and runes that endow destructive skills, and superiority in battles.

Diablo II: Lord of Destruction has several main characters:
- Anya is the daughter of Aust, who was engaged in finding out information about Nihlatak, who betrayed his settlement. But she was kidnapped and locked up in an icy Prison.
- Deckard Cain - assistant to the protagonist, accompanies, thanks to the help provided earlier in his release from captivity. Identifies objects and classifies them.
- Larzuk is the head blacksmith in the Fifth City. Deals with the supply of weapons and armor.
- Malakh is a local healer who helps residents maintain a healthy state of health.
- Kual Kek is the elder of the capital of the surrounding area. After completing the special assignment "Free the prisoners", it becomes possible to hire mercenaries.
- Archangel Tyrael - helps in the adventures of the protagonist, and also assists in the destruction of a dangerous artifact.
Gameplay Trailer:
Screenshots: 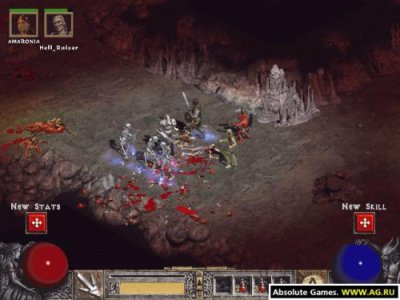 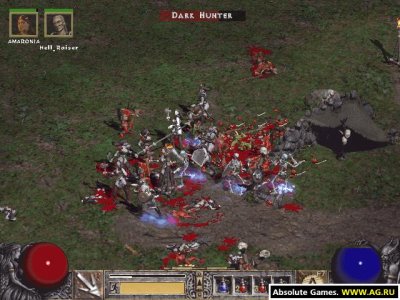 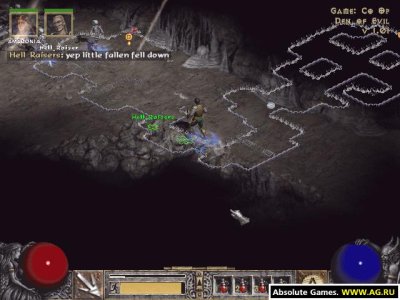 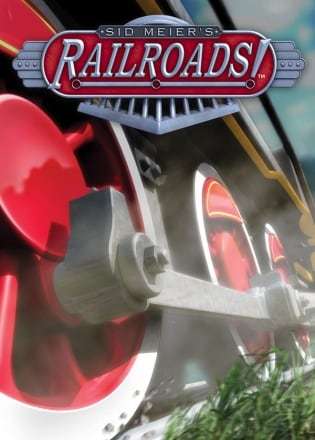