Release: 2022
Genre: RPG / Arcade / Action / Games for weak pc
Developer: Endless Void Studios
Publisher: Endless Void Studios
Game Version: v 1.0
System Requirements:
OS: Windows 7, 8, 10, 11 (64 bit)
Processor: 2.8GHz
Graphics: Intel HD 3000
Memory: 1 Gb
Storage: 2 Gb
00
To favorites
Complaint
Vortex tells about the consequences of war in the galaxy Centraus V. The forces calling themselves the Aldari Collective took over the sector, destroyed almost all the Great Houses, and created chaos that lasted for over 1,000 years. They did it all to try to build a galactic empire. A surviving faction called the Dovan Initiatives has begun gathering mercenaries from across the universe to strike back. The player is assigned the role of one of the best mercenary pilots. It should be noted that there are two games with this name. Here is an arcade space simulator with RPG elements and three-dimensional graphics, not a shooter with a view from above.

The whirlwind game was inspired by Star Fox 64 and other old arcade projects. In it, using a gamepad or keyboard and mouse, you have to control a starfighter and participate in space battles. Indi-project uses third-person view. Camera positioned at the back. During battles, you need to fly through power-ups to boost combat vehicles. And in between battles you can buy aircraft. There are 9 of them in total: Blood Baron, Night Hawk, Steel Fist, Wind Lance, Star Sparrow, Gold Falcon, Storm Master, Demon Dance, Blade Wing. They vary in design, engine power, shields, hull strength. There is an opportunity to improve equipment and install various weapons on it, including missiles.
Screenshots: 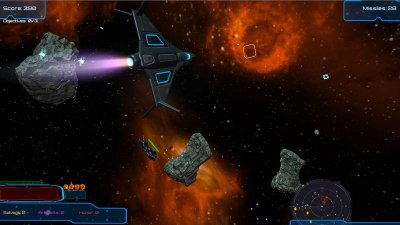 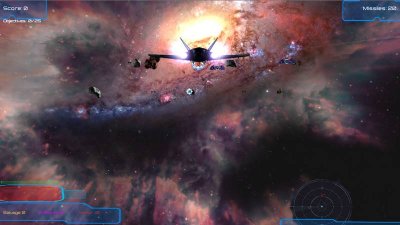 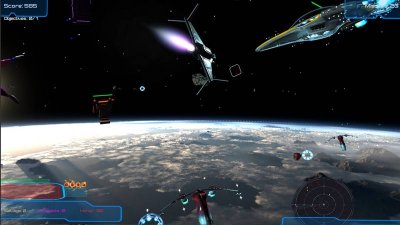