Release: 2022
Genre: RPG / 2D Games / Action / Casual / Gamepad games / Fantasy / Anime / RogueLike
Developer: Cygames, Inc., Grounding Inc.
Publisher: Cygames, Inc.
Game Version: Build 9013347
System Requirements:
OS: Windows 7, 8, 10 (64 bit)
Processor: Intel Core i5-7500
Graphics: NVIDIA GTX 750 Ti
Memory: 6 Gb
Storage: 7 Gb
00
To favorites
Complaint
Little Noah: Scion of Paradise is dedicated to a girl wunderkind after whom the game is named, and a cat named Zipper. The heroine belongs to a nation of alchemists who live in a place called Port Manacloud. The protagonist travels in her blimp through a world of soaring islands. One day she gets caught in a storm and crashes. A lady survives and sets out to explore ancient ruins in hopes of finding parts there to repair her transport. Story unfolds through dialogue with large character sprites in the background. The storyline in this project is reminiscent of the visual novel. It's a mix of casual platformer, simplistic RPG and action. The video game is made in 2.5D. Its three-dimensional graphics stylized as anime.

Little Noah: Scion of Paradise has 3 difficulty levels. Titel offers real-time running and jumping through dungeons, fighting monsters (you can attack in any direction), finding mana to repair and upgrade your flying ship, finding loot, recruiting midgets. There are a total of 40 varieties. All of the little people have unique abilities. You can assemble groups of them to combine their skills and create builds. The skills themselves can be boosted with accessories that are dropped from chests. Tiny creatures follow the girl and activate their skills in a preset order. They allow gamers to shape the mewsets to their own style of play. According to the developers, their creation has over 650000 combinations.
Gameplay Trailer:
Screenshots: 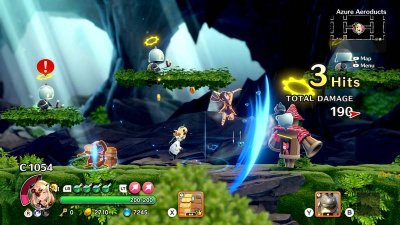 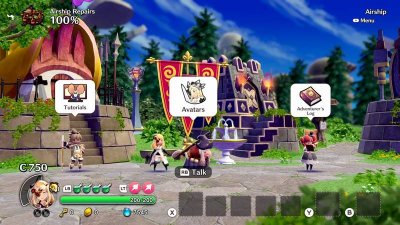 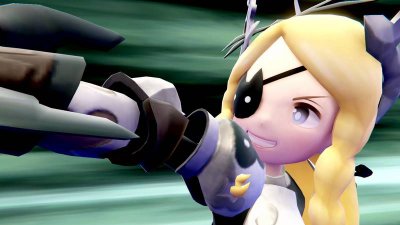