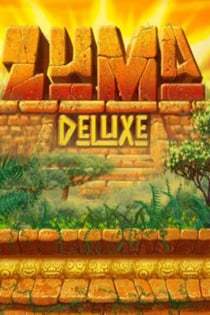 Release: 2006
Genre: Puzzle / Casual / Strategy / Classic
Developer: PopCap Games Inc
Publisher: PopCap Games, Inc., Electronic Arts
Game Version: Full Last Release
System Requirements:
OS: Windows 98 / ME / 2000 / XP / 7/8/10
Processor: 500 MHz
Memory: 128 Mb
00
To favorites
Complaint
Zuma deluxe - a three-dimensional casual puzzle in which the player has to destroy flying colored balls by shooting magic spheres with the same shades at them to collect them in one row of 3 or more pieces. It is necessary to blow up all the balls before they get along the path to the golden skull. The scene of the single-player campaign is the ancient temples of dead civilizations that lived on the Earth many millennia ago. The gamer will have to go through each prepared puzzle and trap on the way to obtain hidden treasures of enormous value.

The campaign, divided into many levels, does not have any plot, and the stages are connected only by style and mechanics. The traversed sections of the path can be retraced in order to increase your own result, which is entered in the leaderboard for comparison with other users. In addition, the developers of "Zuma Deluxe", inspired by "Ballistic", which came out in the last century for some consoles of the last century, added "Endless Mode" with two variations: "Adventure" and "Practice". The differences between them lie in the complexity and speed of movement of the spheres. Magic balls can have bonus properties, of which there are 4 pieces: movement of the chain in the opposite direction, stopping time, explosion of nearby circles and aimed shooting, which gives a sight. Each of them is valid for a short time..
Gameplay Trailer:
Screenshots: 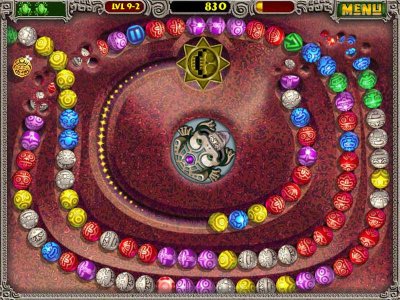 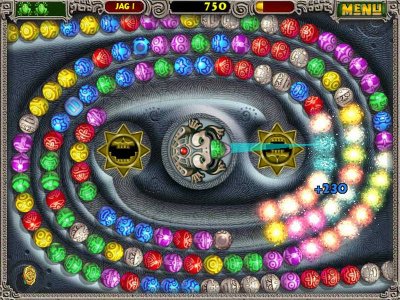 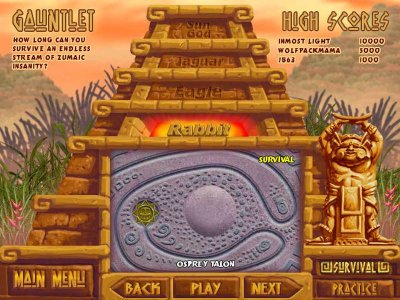 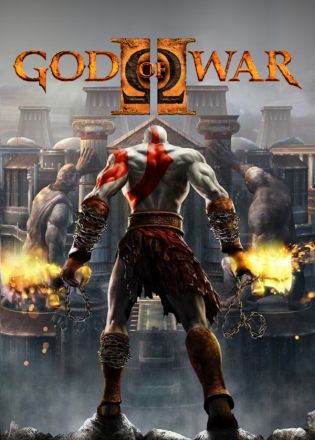