Release: 2020
Genre: Action
Developer: Raven Software Treyarch
Publisher: Raven Software Treyarch
Game Version: v 0.1.0.8143487PL
System Requirements:
CPU: Intel Core i3-6300 or AMD FX-8120
RAM: 8 GB
OS: Windows 7 64-bit or better
VIDEO CARD: NVIDIA GeForce GTX 960 or AMD Radeon R7 260
PIXEL SHADER: 5.0
VERTEX SHADER: 5.0
DEDICATED VIDEO RAM: 1024 MB
+35
To favorites
Complaint
Call of Duty: Black Ops Cold War Is a first-person shooter and the 17th installment in the CoD franchise. This project is a direct continuation of the previous version. The action takes place in the 1980s and tells about the war taking place between the USA and the USSR. The story begins with CIA officer Russell Adler pursuing Perseus, one of their Soviet spies. The goal of such scouts is to gain an advantage for the side of the Soviet Union..

The gameplay is divided into two parts: a storyline and online battles. The campaign is based on real incidents. The player will find himself in such places: the headquarters of the Soviet KGB, Turkey, Vietnam and East Berlin. Before passing, you will need to create your own main character with several options that allow you to make an original appearance. The campaign includes several endings, depending on the choices and actions of the user in the course of the passage. The "Dark Aether" or "Dark Aether" scenario will allow players to take control of the operator characters in the Requiem Special Squad. This is a Zombie mode where you have to fight monsters and set various settings on the level.

Multiplayer has several modes and maps suitable for standard 6x6 and 12x12 shootouts. Fireteam supports up to 40 participants simultaneously on one field. Gamers will choose one of several character classes with original types of perks and upgrades. For example, Gunfighter allows 8 upgrades for one weapon, while others can only install 5. Lawbreak allows combining between weapons and perk of any type in each slot. All gears and weapons that the user unlocks in this part can be used in Warzone and vice versa.
Gameplay Trailer:
Screenshots: 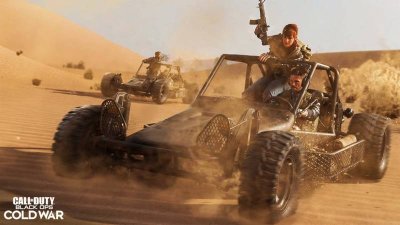 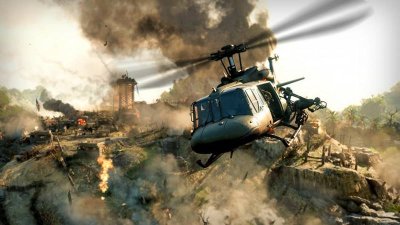 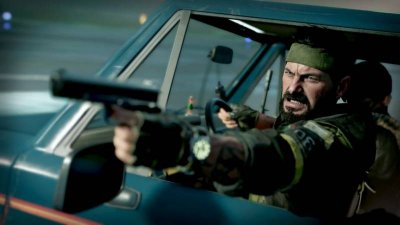