Release: 2019
Genre: Adventure / Indie / 2D Games / Action / Gamepad games / Funny / Humor / Great soundtrack / Difficult / Platformer
Developer: Massive Monster Tasselfoot
Publisher: Armor Games Studios
Game Version: v 1.0.0.33
System Requirements:
OS: 7, 8, 10
Processor: 2.1 GHz
Graphics: Radeon RX 580 or Nvidia GeForce GTX 1060 6 Gb
Memory: 4 Gb
Storage: 2 Gb
00
To favorites
Complaint
FROM Never give up the player will play the role of a miniature and nimble person. His goal is to move forward without looking back and not stop on the way. But the character's path is dangerous and there are many obstacles, traps and obstacles on it. The gamer is waiting for a lot of unpredictable adventures and different circumstances that will greatly complicate the task. The developers have created the possibility of surrender if the user can not withstand the difficulties.

The user can dress up his ward in one of two dozen costumes, and change his appearance using customization. Thanks to the original progression system, it is possible to upgrade the hero. Even in the event of his death, the progress achieved remains. Every minute of time is important here, so any overcoming of obstacles or discovery will certainly bring experience. Thus, the player will be able to perfectly pump his protagonist so that he can cope with difficult tasks..

Action Never Give Up consists of 250 levels, on each of which you need to avoid traps and survive. From time to time, the design of the levels can be repeated, thanks to which you can complete the level faster and better. The game has timers, the indicators of which will be a kind of hints to the player about what he can do wrong. Ahead of the character, a variety of tests awaits, during which he will quickly move, bypass dangers, dodge attacks, and also use the virtual environment for his own purposes.
Gameplay Trailer:
Screenshots: 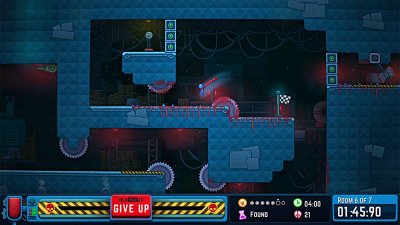 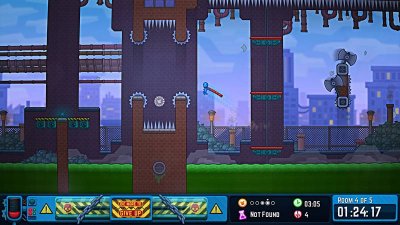 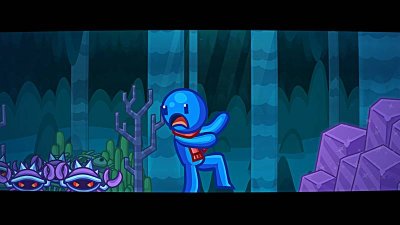