Release: 2016
Genre: RPG / Adventure / Indie / Casual / Anime / Deep story / Great soundtrack / Adult
Developer: Winged cloud
Publisher: Winged cloud
Game Version: Full Last Release
System Requirements:
OS: Windows XP, 7, 8, 10
Processor: 1.2 GHz Pentium 4
Memory: 1 GB
Storage: 1 GB
00
To favorites
Complaint
Sakura dungeon Is a role-playing adventure game in which the player is assigned the role of the spirit of an ancient fox named Yomi. The gamer controls a combat squad, which can simultaneously contain up to 6 characters with various abilities. This project uses a first-person view and a classic way of moving around locations for the genre. The user gets the opportunity to choose the difficulty level from 3 offered options: Medium, Heavy and Abyss. Depending on the decision, the time for the complete passage of the main content of the game "Sakura's Dungeon" changes - from 15 to 25 hours of real time. The game, developed by an indie team, includes support for gamepads and achievements located in a dedicated list of awards.

The single-player storyline campaign starts from the moment the main character wakes up, who instantly draws attention to the changes that have overtaken her possessions located underground. The player is entrusted with a difficult mission - to clear the dungeons from enemies and restore the order established by the virtual protégé. This must be done on the territory of a multi-level shelter, which includes not only standard rooms, but also secret ones, equipped with traps, puzzles and other tests. Recruiting new members of her own squad, the heroine becomes more and more powerful, which greatly simplifies the battles with giant bosses that are encountered quite often.
Gameplay Trailer:
Screenshots: 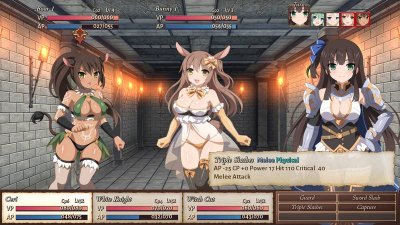 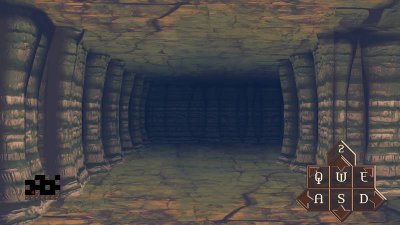 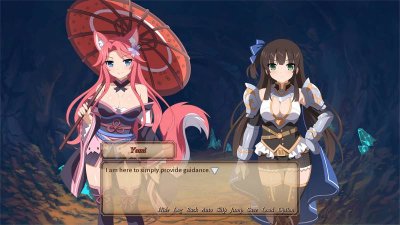