Release: 2005
Genre: Action
Developer: REL Games
Publisher: REL Games
Game Version: Full Last Release
System Requirements:
OS: Windows XP, 7, 8, 10
Processor: Pentium III 800 MHz
Graphics: 3D
Memory: 256 MB
Storage: 60 MB
00
To favorites
Complaint
Deadhunt Is a first-person shooter in which the action takes place in three different modes: "Campaign", "Survival" and "Greed". The game combines the genre features of survival horror and adventure action, which makes the player feel a sense of fear in many situations while exploring territories. "Deadhunt: Undead Hunter" uses a fictional world in which there are not only humans, but all kinds of mutants, huge spiders, skeletons, walking dead and so on.

The dynamic gameplay of the single player campaign allows you to maintain the user's interest throughout all 40 levels, which were prepared by the developers from the "REL Games" company. Locations are filled with a variety of bonus items that strengthen the main character for a short period for more effective extermination of monsters. The player will have to kill opponents with the help of several types of firearms (pistols, machine guns, machine guns and a couple of other barrels) and fragmentation grenades. Shooting from large-caliber weapons, the player can tear off the limbs of enemies and cover vast territories with blood. Before the start of the passage, the choice of the difficulty level from the 4 proposed options is implemented. To unlock the most difficult challenge, the gamer must complete the campaign several times.
Gameplay Trailer:
Screenshots: 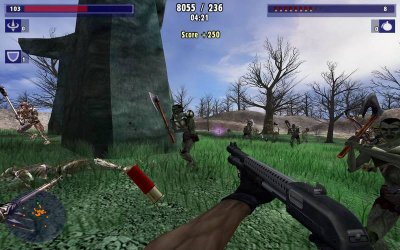 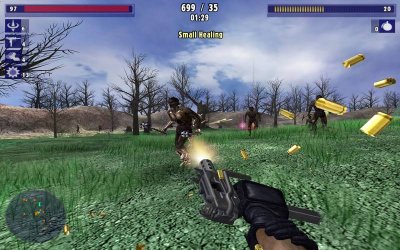 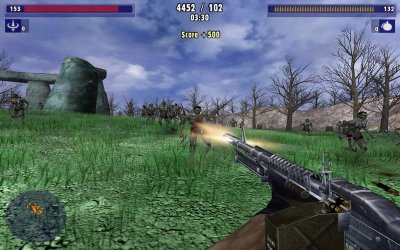