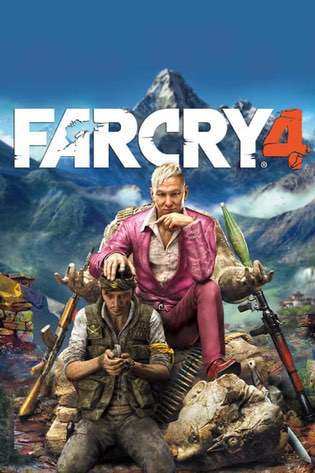 Release: 2014
Genre: RPG / Adventure / Action / Survival / Open world / Deep story / Crafting / Sandbox / Stealth
Developer: Ubisoft Montreal Red Storm Shanghai Toronto Kiev
Publisher: Ubisoft
Game Version: v 1.10.0 + [7 DLC] - Gold Edition
System Requirements:
OS: 7, 8, 10 (64-bit)
Processor: 2.6 GHz Intel Core i5-750 or 3.2 GHz AMD Phenom II X4 955
Graphics: NVIDIA GeForce GTX 460 or AMD Radeon HD5850
Memory: 4 Gb
Storage: 30 Gb
00
To favorites
Complaint
Kirat is a country with unlimited possibilities. Inside it there are civilians, a despotic ruler, a lot of madness and a first-person shooter that is not inferior to the previous game in either the amount of action, or the beauty of murders, or the RPG filling of the game.. Far cry 4 became a cult work from the series where we, in the hope of killing Pagan Ming, are involved in a civil war, because of which we become a black sheep on the island.

Our hero's name is Ajay Gail. We stay in the Himalayas for the last request of our mother, but, as it turns out, crashing on a ship with the American name of the company is half the battle for a cool action-packed thriller. The second half of success is to immediately dislike the main villain of the game..

In the project, many different locations were developed for us. These will be lakes and rainforests, mountain peaks and snow-capped caves. Also, the developers spared no effort and added several types of tropical animals in order to fully comply with reality in the game..

We will have a lot of weapons, but we will carry with us 3-4 units at most. A pistol, a sniper rifle, a knife, and perhaps a shotgun, only if we want to enjoy the process of killing a huge heap of enemies. By the way, the important task of the hunter is being realized behind us - to survive in the jungle at any cost. Since the civilian population is initially negatively disposed towards us, we begin to avoid it, only occasionally we look into shops and other hot spots..

Kirat is full of surprises, so avoid Ming's patrols, travel on an elephant and fly in a flying suit. You can determine the movement of opponents on the map, record and transfer data to a friend (the game has a cooperative mode).
Gameplay Trailer:
Screenshots: 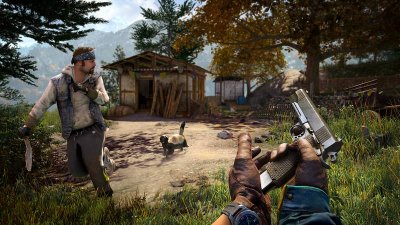 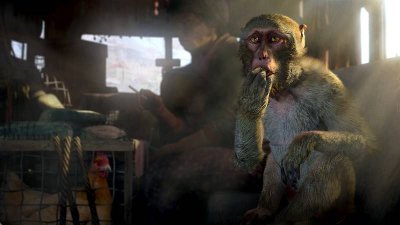 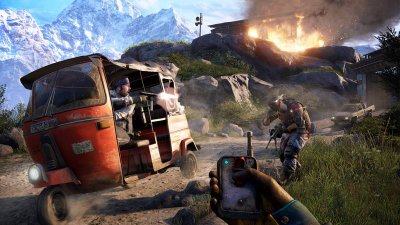