Release: 2022
Genre: Adventure / Puzzle / First person / Horror / Deep story / Dark / Games for weak pc
Developer: ConstantArt
Publisher: ConstantArt
Game Version: v 1.1.2
System Requirements:
OS: Windows 10 (64-bit)
Processor: Intel Core i3 3220
Graphics: AMD Radeon 7700
Memory: 4 Gb
Storage: 6 Gb
00
To favorites
Complaint
The Hotel is a psychological Indi-horror first-person view made on the Unreal Engine 4. The events shown in it, as the title suggests, take place in a hotel. Control the hero with the keyboard and mouse. It can interact with its environment. For example: turn on or off lights in rooms. The character is also able to use the flashlight on his phone. Smartphone can also be used to receive calls and read messages. Additionally, this gadget displays the mental state of the protagonist and his stress level. Protagonist can go mad or die. Gamer is most often not punished for losing. Virtually every death makes the player underneath stronger. However, if certain conditions are met, the character's demise can become permanent. Gameplay is based on exploring locations, solving riddles and avoiding paranormal activities.

The main feature of the video game The Hotel is the changing map. The level is constantly changing. For example: a door can turn into a wall as soon as the hero turns his back. The plot of the narrative is as follows. Protagonist wakes up to a knock in his room and finds a note under the door. It says that he is expected in room 1030. He is then contacted by a mysterious observer, who asks him to find and fill out a questionnaire. Soon after, strange things start happening around him. The story has multiple endings. The story is served in a text format. And the lore is revealed through audio recordings scattered throughout the rooms. The game has voice acting and screeches.
Gameplay Trailer:
Screenshots: 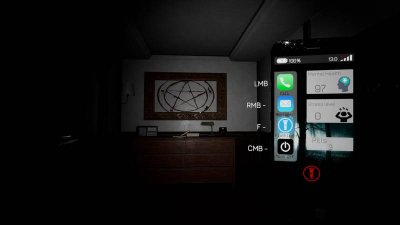