Release: 2018
Genre: RPG / Adventure / Indie / Multiplayer / Fantasy / Strategy / Difficult
Developer: IronOak Games
Publisher: Curve Games
Game Version: v 1.1.00.11330 + all DLC
System Requirements:
OS: 7, 8, 10 (64-bit)
Processor: Intel Core2 Duo E4300 / AMD Athlon Dual Core 4450e or equivalent
Graphics: GeForce 8800 GTX / Intel HD 4600 / Radeon HD 3850
Memory: 4096 Mb
Storage: 3 Gb
00
To favorites
Complaint
The king in this world was the decisive character. He helped the disadvantaged, saved enemies from disaster, knew how and where to direct resources for optimal living of people. At one point, those who want to take a place in such a prosperous state encroach on him. To somehow keep the world in For the king, the queen spends the entire treasury, and after that turns to the loyal subjects of the king, so that they calm down the people, take dominant positions in the territories and wait for an attack. We become these subjects. Role-playing roguelike with elements of strategy contains many known territories in which we have to fight, improve skills and pump the character.

The game is made for multiplayer or cooperative passage. You collect three characters on your ship, strengthen your position, and then travel through the animated world in which you fight enemies in turn-based combat.

At the beginning of our journey, we are invited to explore a randomly created world. To dive into the next level - dungeons - we have to capture the entire land. On the territory of the world we will fight polar bears, dangerous animals, monsters and traitors to the king.

Our characters will be able to set up a safe camp and light a pipe with herbs that we collect in the levels. The more herbs, the better health regeneration. Also, in battle, we will receive experience points and items that after the battle we can put on our heroes, but do not think that everything is so simple. Since For The King is a roguelike, you will have to die often.

Controlling each character in stages and separately. For example, one of your heroes can run and kill weak monsters around the map, bypassing the main boss, while others will keep the onslaught of monsters, waiting for the main damage dealer. The screen has control over all 3 characters, a separate control branch, health and items.
Gameplay Trailer:
Screenshots: 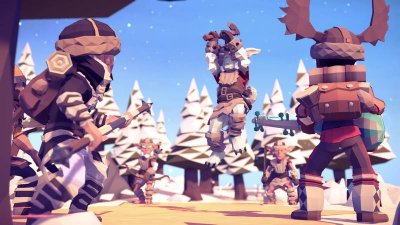 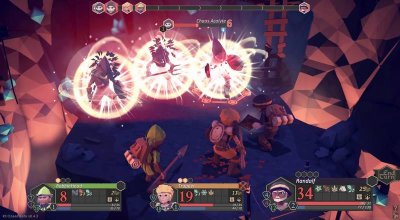 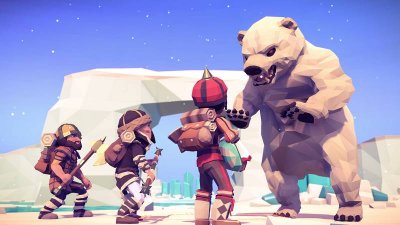