Release: 2012
Genre: Arcade / Multiplayer / Simulators
Developer: City Interactive
Publisher: CI Games
Game Version: Full Last Release
System Requirements:
OS: 7, 8, 10
Processor: Intel Core 2 Duo 2.5 GHz
Graphics: Nvidia Geforce 9600 or Radeon HD4850
Memory: 2 Gb
Storage: 3 Gb
00
To favorites
Complaint
Dogfight 1942 - a simulator of air combat with the participation of various types of aircraft. Locations will repeat the territories of real battles during the Second World War. The flying vehicle was controlled in the most arcade way, the physical model was also simplified. This is necessary to increase the dynamism of battles and give maneuverability to perform movements without fear for the safety of the pilot..

More than 40 different types of aircraft are presented, among them: R-38 Lightning, Spitfire, Messerschmidt 109, Keith and many others. Each means of transportation is made with perfect accuracy in relation to a real prototype, which allows you to better get used to the role of a pilot of the best aircraft of the last century that participated in many brutal battles of the Second World War. Each mission of the single player campaign will include the so-called "dogfight" - a term for a duel between two aces in a fair air battle, attacking ground targets with bombers and escorting important targets. Locations will use both land and water, which is why in several missions it will be necessary to resist ships and suppress their advance.

Co-op on one screen is represented by the following modes:
- Collision - a confrontation where one pilot must destroy the second.
- Survival - two gamers fly the same plane, someone takes control, and someone controls the cannons. The goal is to counter the forces of the Axis, which includes the Nazis and their allied powers.
- Co-op campaign - completing the same levels as in single player.
Gameplay Trailer:
Screenshots: 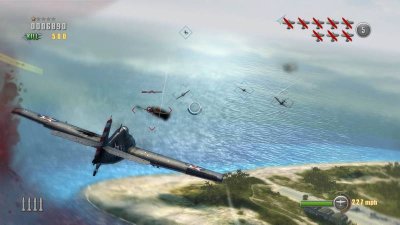 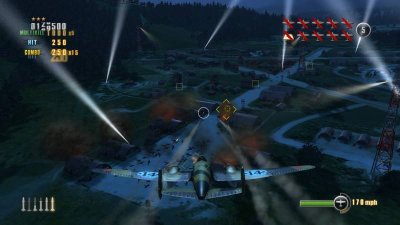 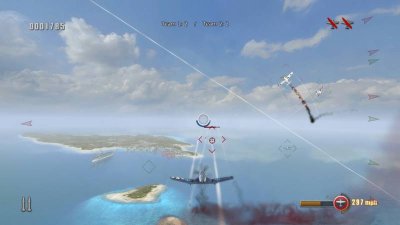